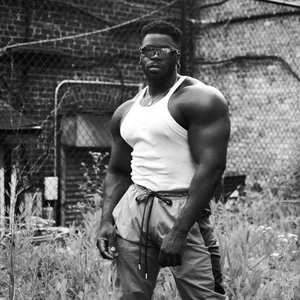 Kennedy Garcon has started the ballroom in 2013, he is the pioneer of two categories in Europe, the category BQ Sexsiren and BQ Body. He started as sexsiren, from 2013 to 2015, he walked and won everywhere in Europe( Amsterdam, Rotterdam Berlin, ... ) and won his first BQ SEXSIREN OTY.
In 2015, he opened BQ BODY in Europe and he started to walk in USA and won his first grand prize at latex ball at this same year. Since then he continues to walk in this category and continues to win, Ebony House Ball in nyc ,Coldest Winter ever Ball, Philadelphia awards ball. He's the only one from Europe to get 3 OTY from the states.
In 2017 he won his first OTY from USA , The PARIS FINEST OTY at nyc awards ball By jack and Andre Mizrahi. After that , BQ BEST BODY @ ppl choice awards ball in Charlotte in 2018 and the last one BQ BODY OTY in 2019 in Philly.
With the more 40 trophies in his pocket Kennedy belongs to the generation of The Up and coming legend.