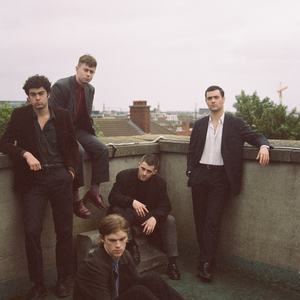 Since The Murder Capital released its debut single “Feeling Fades” in early 2019, the enthusiasm for the five-piece Dublin band has been growing rapidly. This is because the songs by James McGovern, Damien Tuit, Cathal Roper, Gabriel Paschal Blake and Diarmuid Brennan burst with punk rock energy. Besides pumping drums and screaming guitars, The Murder Capital has a lot more to offer: Their lyrics are full of poetry, make use of poetry by English romantics like John Keats and take place on an existentialist level that puts listeners in a difficult to grasp field of ambiguity.

So far, The Murder Capital has only released a single album entitled “When I Have Fears”, but they have already consolidated their reputation as an outstanding live band. Why this is, you can find out yourself in Cologne, as the Irishmen are warming up the Palladium stage for this year’s c/o pop headliner Foals!