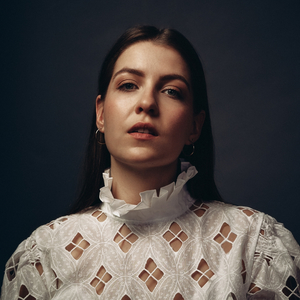 If everything had gone according to plan, Luisa Babarro would probably never have written a song herself. She would not have become part of Philipp Poisel's band, she never would have written her own songs on the cello. If everything had gone according to plan, Luisa would have become a cellist in an orchestra after her classical cello studies and would have lived very duly - not dissatisfied, but not entirely happy either.
It was the 2012 'Project Water Lily Pond' by Philipp Poisel that changed everything: After years of working with Poisel, the idea of writing music herself and accompanying it on the cello came about. The 2017 EP "Luisa Babarro" is an inventive symbiosis of the cello and Luisa's authentic voice. The 2016 release of her EP "Luisa Babarro" was followed by her own headliner tour and numerous support tours for Alin Coen, Alexa Feser and Philipp Poisel himself.
Last year, she went into the studio again, this time to continue the idea of the EP, to enlarge it - to create an album with 12 new, fresh tracks. The 2019 single "Schall und Rauch" energetically announced the album. In a relatively fast tempo, it tells a story about the connection of two people who can't find their way to each other anymore. Their relationship, as already described in the title, goes up in smoke. Whether it’s friendships or family relationships: The subject matter of each song captivates listeners with its meditative advancement, building up sound worlds that combine cinematic aspects with modern beats. Luisa Babarro reinvents herself with a new nuance in pronunciation and tempo. "Schall und Rauch" is an important milestone for Luisa Babarro and arouses curiosity about her debut album "Ich bin eine Andere" which was produced together with Poisel's producer Frank Pilsl (tape recorder, Elif) last year.