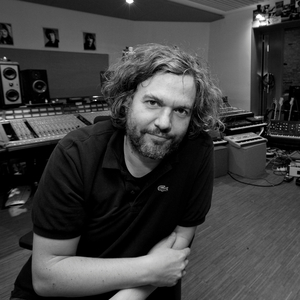 Producer and Mixer Olaf Opal inimitably walks between credible Indie and crowd pleasing Pop. Since the mid 90’s he’s one of the most sought-after producers and mixers in Germany, especially when it comes to Indie and Alternative Music. His early productions for bands like Miles, Naked Lunch and The Notwist laid the foundation for his ongoing success. By now primarily young and upcoming bands turn to Olaf as a producer to realize their musical vision, often outside of the mainstream. The latest releases of The Düsseldorf Düsterboys, Odd Couple and Die Realität are greatly appreciated by the scene as well as the merciless music critics. With „Die besten Jahre“ Olaf also produced the celebrated LP by International Music, named one of the best German LPs in 2018. Apart from his Indie productions Olaf always showcased his excellent instinct for pop music, for example with the Liquido single „Narcotic“ and the breakthrough oft he German band Juli, whose debut LP he produced. The success speaks for itself: numerous Platinum- and Gold awards for Juli, Ich+Ich and Polarkreis 18 and a triple Echo nomination for „Producer of the year“.