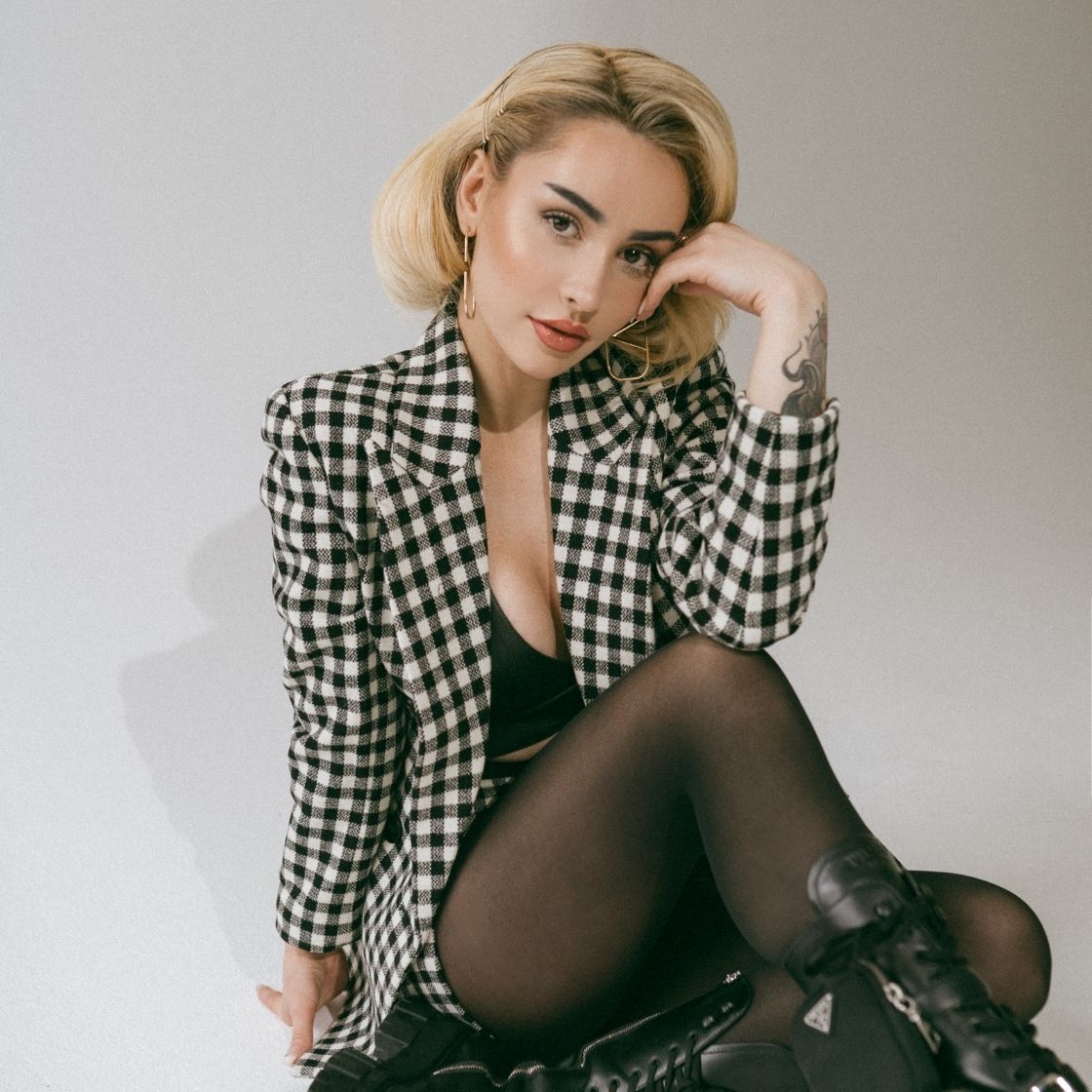 Looking at ILIRA's career so far, you might think that she’s warming up for something big. In reality, she’s already hit the ground running: With more than 6 million monthly listeners on Spotify, nearly 300 million streams in over 100 countries, multiple gold and platinum awards and internationally high chart positions, ILIRA's next big steps are written in the stars. In any case, she is already the most popular Swiss artist - and she doesn't even need her own album for that.

ILIRA was discovered a few years ago on Instagram. It was from there that the world became aware of her demos, which she put together by hand from trap beats, purchased samples and her own pop toplines. She didn’t have links with producers; the money for beats came from her mom. Today you can hear her on hits like "Fading" by Alle Farben, which she co-wrote, staying at the top of the German airplay charts for four weeks in 2018 and streamed over 100 million times all over the world. In 2020 she and superstar-DJ Tiësto reached number 14 in the US dance charts with her self-written song "Lose You".

Helping her on the way was an education in classical music and music theory, during which she was able to hone her craft. She has a personal music taste spanning grunge, metal, classical and even an unapologetic love for Britney Spears, ILIRA realized early on that her enthusiasm for music knows no bounds. Inspired by a variety of influences, her unique style is impossible to capture with just one or two genres.

With a vocal range of five octaves, the likes of which only singers such as Mariah Carey or Ariana Grande can boast, ILIRA's musical potential is sizeable. Her creative drive further justifies this: The musician is currently re-upping everything about her music, not only changing label after a management switch-up, but also her sound; more organic, more diverse, more human - but always remaining danceable. ILIRA’s hallmark remains her lyrical and musical vulnerability.

ILIRA hasn’t become someone else, on the contrary: As a songwriter in particular, she has found herself a little more. Her focus is on authenticity, honesty and openness: no smooth and polished industry product with a shiny surface, but a person revealing the full spectrum of their emotions; someone who wears their heart on their sleeve, all the while crossing borders in the process. For ILIRA music means one thing above all else: freedom.

That’s nothing new for ILIRA's family: Her father comes from Kosovo, her mother from Albania. Finding refuge in music during difficult times, they found cause for celebration no matter how heavy their hearts were. Perhaps it’s no coincidence their roots are reminiscent of those of high-flying women such as Dua Lipa, Rita Ora and Bebe Rexha - names in whose company "ILIRA" sits nicely. And not only that: at the Sunny Hill Festival organized by Dua Lipa in Pristina, she recently even shared the stage with her former idols like Miley Cyrus and Calvin Harris.

Anyone who sees her on stage gets ILIRA 100%. Because behind the singer is also the songwriter, co-producer and stylist, ILIRA. As a self-assured and versatile DIY-er, we can all only get more and more excited about what’s to come. One thing is certain: she’s set to deliver. And she will surprise - because we have by no means seen every side of this special artist.