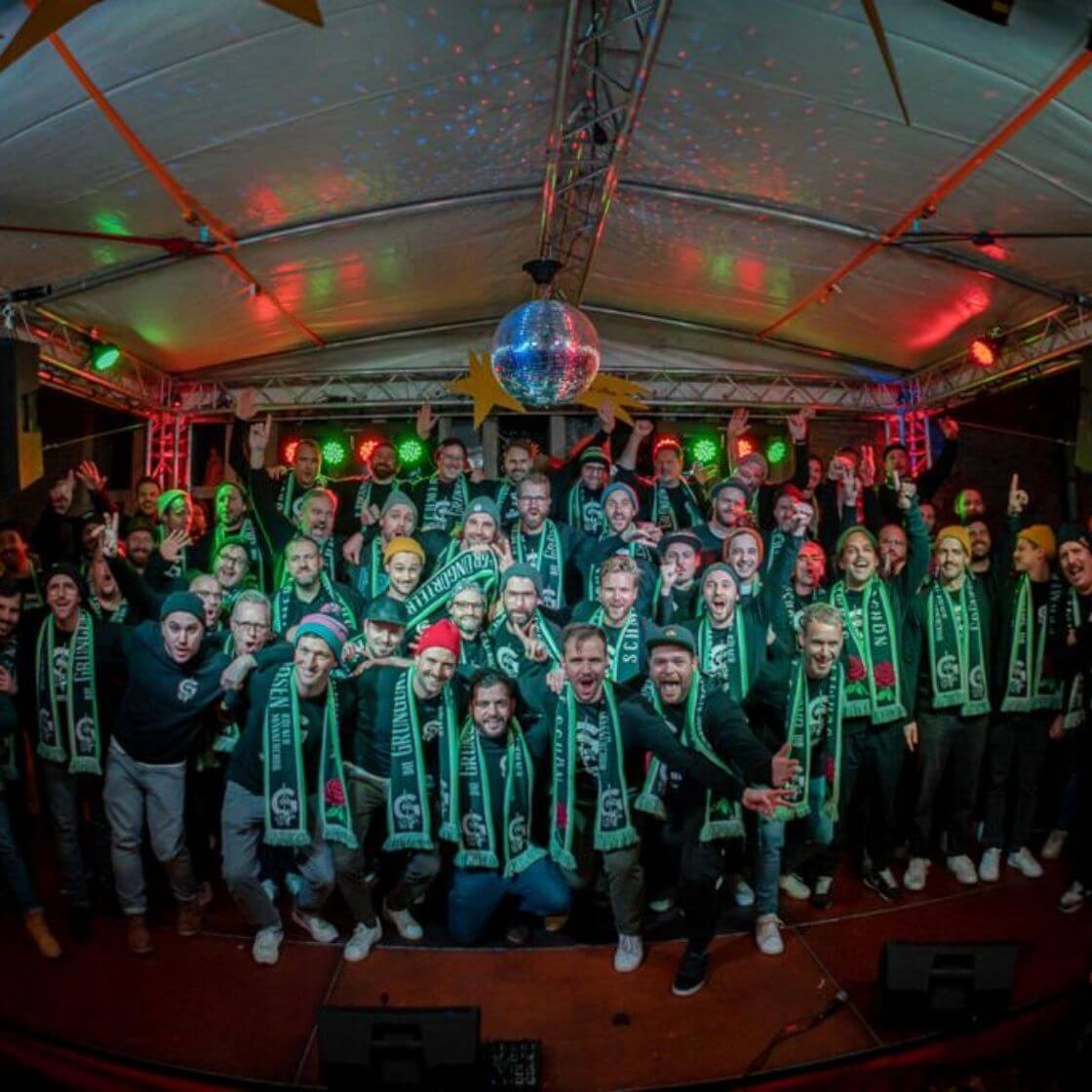 It happened in the year of the Lord 2019 on a cold grey Thursday evening in January. The aging Bleibtreuboy and the guys from the Kölschbar turned an idea they had into a shotgun idea. To found Cologne's most beautiful and hard-drinking men's choir. The birth of the Grüngürtelrosen was sealed.

Under the musical direction of Constantin Gold, 80 roses belt out the best hits of the last thousand years on stage! You can expect a breathtaking show with great dance, comedy and beatbox interludes.

Let the roses take you by the hand and learn what love really feels like. Since many of the roses are still single, they are also happy to be picked after each show.

The concert of the Grüngürtelrosen takes place within the framework of the funding project "c/o pop 2022 musichubgermany " and is supported by the Initiative Musik gemeinnützige Projektgesellschaft GmbH with project funds from the Federal Government Commissioner for Culture and the Media.