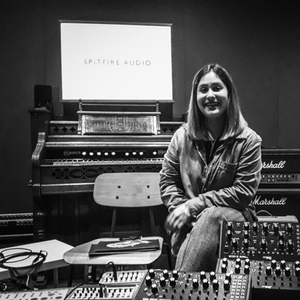 Flavia Ferreira a.k.a Young Padawan is the production manager of Patch Point (Berlin). Patch Point is a specialised store focused on 'banana synthesizers'. Flavia Ferreira began her journey as a co-founder of Beatlabs, a music production school in Barcelona founded in 2014. At the same time her passion for synthesizers took her to learning soldering and electronics where she found her true passion, building synthesizers. Since then she has worked in the production line for manufacturers like Befaco, Winter Modular, Error Instruments, Koma Elektronik and Patch Point - where she is currently working, running the production team and building Serge Modular and Ciat Lonbarde Instruments.